I used to dread it when he’d show up. Summer just settling in, everyone in high spirits and then this shadow in the doorway of the bookstore/bar. “Take off that ridiculous scarf – it’s July!” I wanted to shout. I admit I’m partial to red and white stripes, so he won a few points with his sweater, but the knitted beanie cap? Dude—it’s ninety degrees out.

But like fruit flies around the beer taps, I’ve come to accept Where’s Waldo as part of summer at Spotty Dog. July is Waldo month and kids come into all the Hudson stores to find a little cut-out of the character. It culminates at the end of the month with prizes, and maybe even an appearance by whoever is willing to dress up in the stripes, scarf and beanie. I understand – you need to keep kids busy in the summer, give them a job. If finding Waldo (Wally to the English) helps, it’s a good thing.

A few years ago I bought this red and white striped canvas for the bookstore display. “And at the end of July, I can sew some cushions for the back porch.”

This July 1, I dutifully trotted out the red and white striped canvas for the Waldo display. The back porch remains cushionless. Last year we were away most of the summer, this year I’m too busy preparing for my book publication October 8 to do any sewing. Last July, Waldo turned thirty, and it could very well be that approaching Waldo’s fortieth birthday, I’ll shake out that canvas yet again and drape it as a backdrop for the Where’s Waldo display. The kids who were seven when I first started this job seven years ago are now fourteen, and in seven years will be legal to drink beer and cider in the bar where they looked for Waldo as kids. I’ll be the town’s oldest bartender.

I tended bar last night and it was busy for a little while. As I filled the glasses with beer, cracked cold cans of sake and hurled pretzels into bowls, I actually felt calm and happy for the first time in weeks. I felt like I knew what I was doing. People smiled when I set beers in front of them and said “you’re good.” I love being the world’s oldest bartender!

I’ve never put out a book before. It’s a labyrinthian process that makes releasing records feel so simple, and each step of the way I’m reminded how I don’t know what I’m doing. I wish I had a publisher I could fume at when it became clear that they didn’t know what they were doing. Next week I’m making my book available to pre-order. I’m not even sure exactly what that means, I need to read a few thousand more helpful online tips—like Waldo, the answer’s in there somewhere— but it’ll happen and I’ll make the info available here.

When I put this all behind me, I’m going to sew some red and white striped cushions. Then I’ll put those behind me, too. 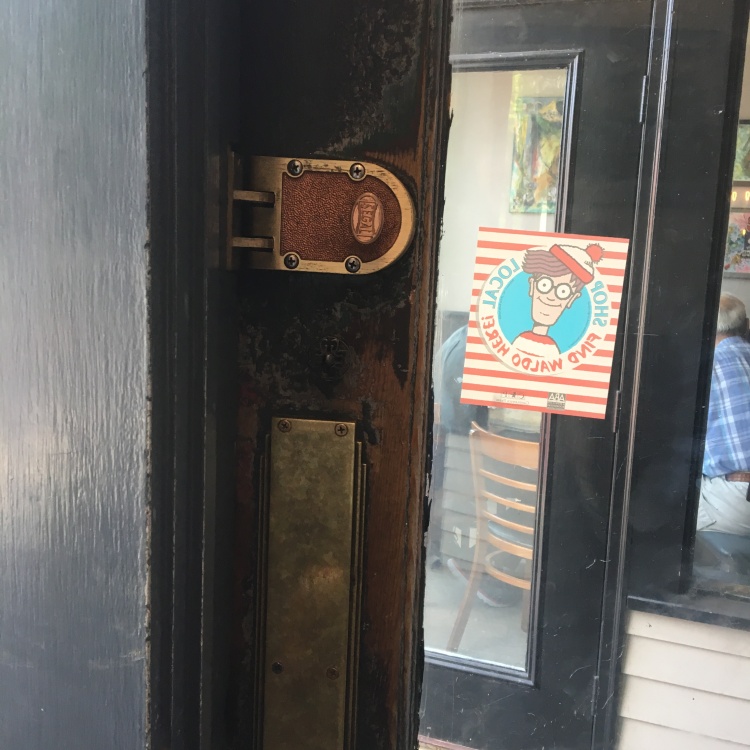 10 thoughts on “July Is The Cruelest Month?”